This plugin allows for the communication between your Minecraft server and Slack. 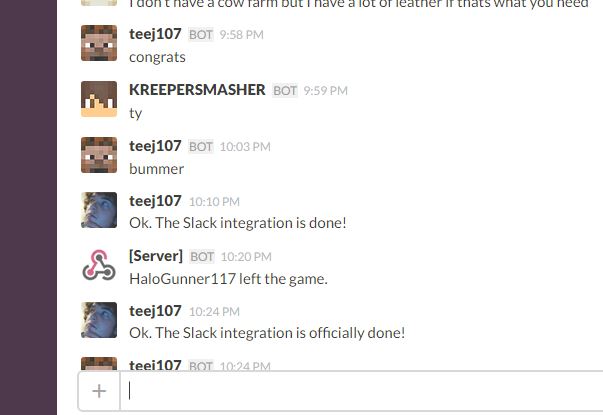 The Slack GUI does not come with the plugin!

All of the commands require the slack.use permission

When done properly, you should be able to see messages sent from the server on Slack and send messages to the server via Slack.