Fight monsters and explore the world to find custom items, weapons and armors that give unique abilities. All items are customizable from the config file.

Join our discord server if you need support or if you want to tell us your ideas for God items. Some of them are going to be released in future updates.

Like what we do and want to support us? You can join us on Patreon. By becoming a patron you will gain access to a version of the plugin with custom textures for the handheld items and you will have early access to new items. Thank you for your support in advance! 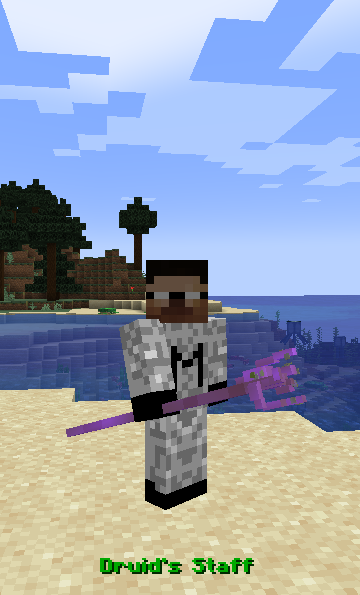 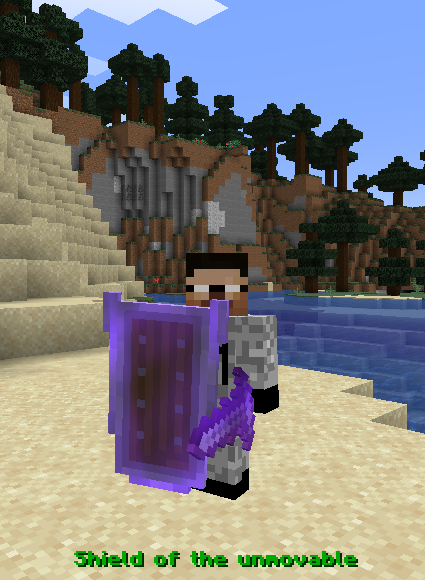 Big thanks to BorneTank Gaming for making a tutorial for the plugin!

- When updating to the new version, your config file may reset so we recommend saving it first.

- Items are immune to fire and explosion damage

Ways to obtain the items:

- Find in naturally spawned chests (doesn't work on already generated worlds). By default there will be 1 item in every chests so you may want to change that before running the plugin.

- Zombies, Drowned, Skeletons, Husks, Pillagers and Withers can spawn with God items and will drop them when killed. The chance for each item to spawn is configurable.

- Command "/getitem <itemname>". Item names are in small letters with '_' instead of spaces (e.g. Berzerker Axe is berzerker_axe). There is a tab completer as well to help you with typing. Permission 'goditems:getitem' needed.

You can swim in lava and won't take damage by fire.

Hunger effect and wither when swimming in water.

If you need help with this item just use '/challenge'. It will tell you your current status and what to do.

Sneak and jump to morph into a pack of bats.

While you are morphed you can not pick or hold items.

The duration and the cooldown are configurable from config.yml

By default if you get bellow 7 hearts your next atack is going to have a life steal effect.

You can customize the item from config.yml

obtainable via /getitem cursed_blade
Hitting an entity will curse them(slowness, wither, blindness) for a period of time.
Duration of curse and cooldown are configurable from config.yml

obtainable via /getitem gladiators_trident
When hits an entity, the entity is stunned.
Be careful - every throw will trigger the cooldown timer, so even if you miss you will have to wait.
The stun duration and cooldown are configurable from config.yml

- Armor from the Depths

obtainable via /getitem armor_from_the_depths
the command will give you one random piece of armor
Wearing any peace of this armor will allow you to swim faster.
Wearing the full set gives you various buffs when in water + you cannot drown with the full set on.

obtainable via /getitem boots_of_leaping
When pressing (Sneak + Jump) you will leap forward.
You will take no fall damage while wearing these boots.
Leap cooldown is configurable from config.yml

obtainable via /getitem thunder_axe
When hitting an entity a lightning will be summoned, striking the entity with extra damage.
The damage and the cooldown of the lightning are configurable from config.yml

- Crown of the Necromancer

obtainable via /getitem necromancer_crown
The wearer is protected from undead attacks.
When killing an undead the wearer may receive the mob's spawn egg.
The egg drop chance is configurable from config.yml

- Shield of the Unmovable

obtainable via /getitem unmovable_shield
(Sneak + Right click) will summon a dirt wall in front of you.
The dimensions of the wall and the cooldown are configurable.

obtainable via /getitem getitem tricksters_bow
(Shoot) to cause random negative effect cloud where arrow lands
(Sneak + Shoot) to teleport where arrow lands.
Both cooldowns, the potion cloud radius and duration and the duration of the given effects are configurable.

obtainable via /getitem getitem druids_staff
(Left Click) to slow down enemies near you*
(Right Click) to heal yourself
(Sneak + Right Click) to heal allies near you*
Enemies are all entities, who attacked you in the recent time. All remaining players are allies.
The cooldowns of all 3 abilities, the basic cooldown(minimum time between abilities), the time interval for enemies(after that time the enemy becomes ally if doesn't attack you again),
the ranges for the 1st and 3rd ability and the duration of the abilities are configurable.

- Hammer of the Underworld

obtainable via /getitem hammer_of_the_underworld
(Sneak + Right Click) to push away all entities around
The range, cooldown and push strength are configurable.

obtainable via /getitem knight_armor
When mounted with full set on horse with golden, iron or diamond armor you become invincible.(Warning: if you equip armor on the horse after you have mounted effect may not work)

- Armor of the Defender

obtainable via /getitem armor_of_the_defender
Full set gives you resistance and weakness. When hit hard you will gain absorbtion 1 or 2, depending of the damage taken. No cooldown.

Obtainable via /getitem berzerker_offhand
Unlocks abilities for Berzerker Axe when equipped in offhand.

Obtainable via /getitem hellstorm
(Shoot) - shoots a barrage of arrows

(Shift + shoot) - arrow rain around the point where the arrows land

(Shift + hit) - dash forward dealing damage to everything in your path.

(Shift + hit) - teleports you behind your enemy

Can be crafted with Dragon Scale x2 and stick 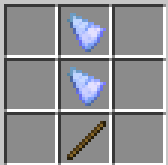 Can be crafted with Dragon Scale x2 and Stick x5 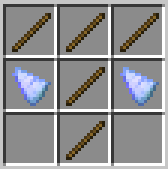 (Left Click) - shoot a shulker bullet at an enemy you're looking at.

Gives various buffs in the end

Can be crafted with Dragon Scale x2 and Stick 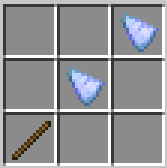 All damages and cooldowns for abilities

Rarity for each item

Whether items are unbreakable or not

1) in the server folder go to plugins
2) select the GodItems folder
3) open "config.yml" with text editor, edit the parameters and save the file

If there are any problems with the plugin please contact us.

If you want even more custom items in your Minecraft server we highly recommend checking out this project: